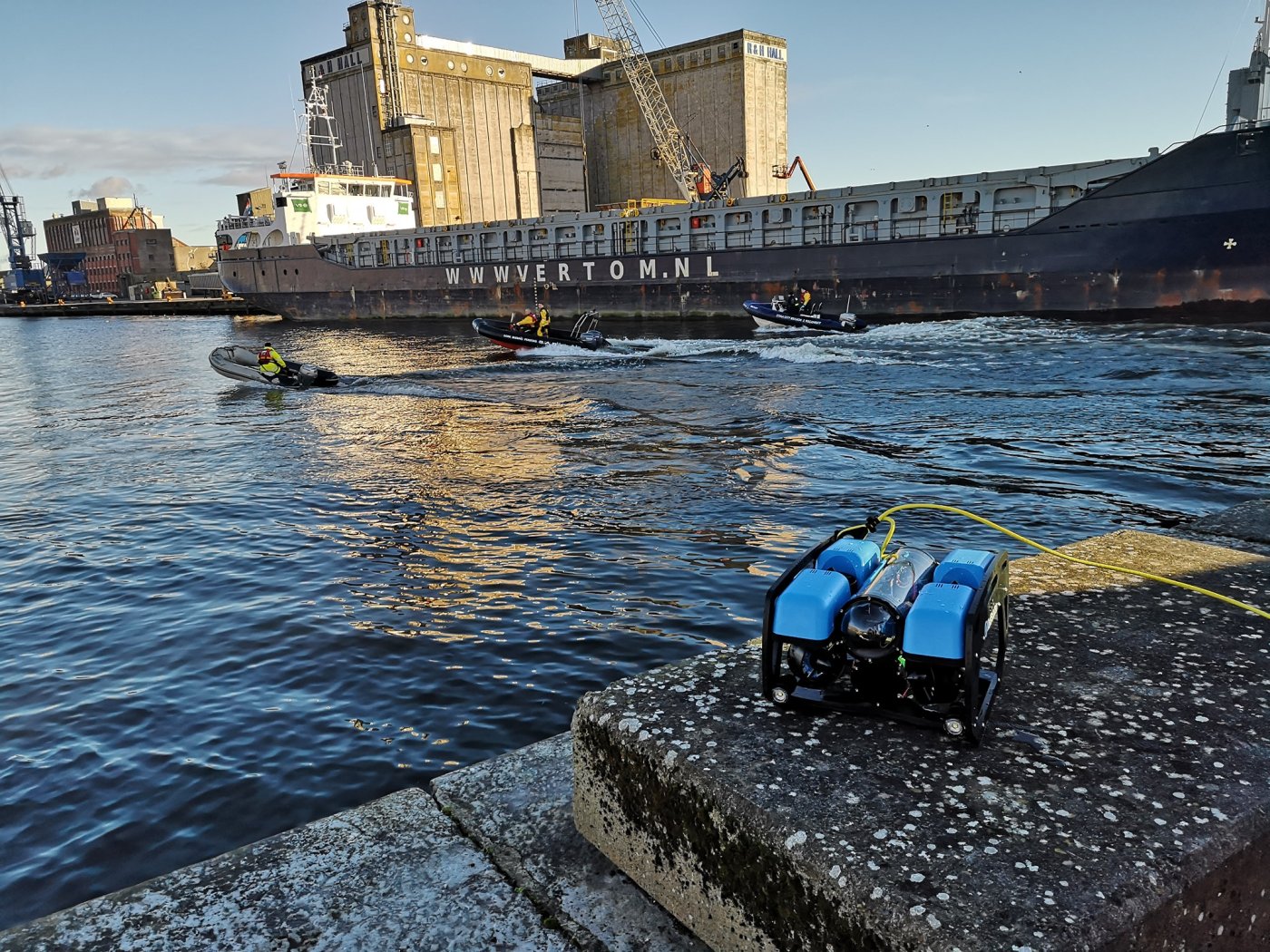 Reproduced here with the kind permission of the Editor of An Cosantóir, this is my article which featured in the April 2019 Edition.

The loss of loved one is one of the most tragic experiences which can befall a family. If that loved one is not recovered, then the grieving process can be made all the more difficult on those left behind. There is in Cork, a dedicated team of volunteers who have since their foundation provided hundreds of families with the solace of having their loved one returned to them.

Cork City Missing Persons Search and Recovery Unit (CCMPSAR) only has thirteen members, yet with a diverse skill set and a dedication which is humbling, this small professional unit provides a service which is of immeasurable value to bereft families. Founded by 2001 by David Linehan after the loss of his father, this all-volunteer charitable group has grown over the years. It has recused persons in distress successfully, however its primary focus has been the search and recovery hundreds of others.

Eoin O’Sullivan is the current Chairperson. A soldier with the Defence Forces he has volunteered with the unit for many years in an effort he says to ‘Give back to the community. Through using my skills as a diver in the Army Dive Group and my RHIB[1] operations experience.’ Primarily focused on the river Lee, they have also been involved in land searches, searches on other bodies of water and rivers, and they even send RHIB Coxns to Blacksod Bay to assist in searching for the wreckage of Rescue 116, which was tragically lost in March 2016. Edwin says that ‘CCMPSAR co-operate and liaise with the emergency services, Coastguard and Civil Defence, and many others.

Over the course of any given year, An Garda Síochána receives thousands of reports of suspected missing people. Each case is treated with the same amount of seriousness, and An Gardaí follow strict guidelines and procedures that help ensure that the searches are conducted efficiently and effectively. Often a family member will contact the unit directly and there is a contact number available for on the units social media. ‘We are here to help is we can’ says Edwin ‘We will try our very best. It is never easy and searches can take days out on the river and walking the banks.’

Another Defence Forces member involved in the unit is David O’Leary, a Petty Officer Radio & Radar Technician who is also a member of the elite Naval Service Diving Section. Involved with the Remotely Operated Underwater Vehicle (ROV) section of the Navy, he brings a highly specialised skill set to the CCMPSR unit. Recently they have purchased a BlueROV II, a sophisticated piece of equipment, customisable by the end user and is available off the shelf. Assembled in his workshop, it has put excellent ROV capabilities into the affordability range of this group, who rely on donations to keep providing the searches which can go long after statutory bodies may have to scale down or redeploy resources elsewhere. ‘I felt that I could bring my diving and ROV experience to the unit. It’s an opportunity for me to give back to my community.’ says David, who joined CCMPSAR after he returned from a deployment on ‘Operation Pontus’ off the coast of Libya in 2016. Having experienced high tempo rescue operations there and having been involved with many search and recovery operations all over Ireland with the Naval Service.  ‘I am the Training and Development Officer now, so with new items of equipment such as the ROV being introduced. I will create and run courses on it, so that is capabilities can be maximised and the knowledge shared with all the other volunteers.’

Given the often-dangerous subsurface conditions and the physical and psychological challenges involved in diving in the fast-moving and extremely low visibility river, the unit needs to ensure that the safety of the divers is paramount at all times. Therefore training is a big part of the unit.

Joining the unit was also seen as a way for Karl O’Mahoney to help out, after he saw the units work on Facebook. Karls says that ‘David Linehan and David Varian sat and spoke with me, I offered whatever skills and experience I had to them. They invited me to come on board and I’m there nearly four years now.’ Karl is also a Petty Officer with the Naval Service, who has extensive experience overseas in the coordination of complex multivessel rescues of migrant craft in distress. ‘I am a communications specialist and GMDSS[2] instructor’ he explains and ‘At the moment the unit is using just basic VHF radios. I am currently designing a course to qualify all the unit with a GMDSS Short Range Certificate.’

CCMPSAR’s watercraft are named in commemoration of some who have been lost ‘The Daniel Mulcahy’ and another is ‘The Aidan Brereton’, whose families made generous donations to assist in funding the boats. In recent weeks CCMPSAR held an official launch and blessing for their new RIB “The Nora Flynn”. Edwins tells me that ‘It was a privilege and an honour to have the late Nora Flynn’s family and sponsors, join us for the launch. We could not have done this without the continued backing of a number of Cork companies who supported us such as Port of Cork, Irish Mainport Holdings, Lehane Environmental & Industrial Services Ltd, CH Marine, Whelan Stores, Inver and Jotun (Ireland) Ltd.

Many others have been supportive and exceptional giving to the group; Fergus Thompson in Blackpool Auto Centre donated a Jeep and very recently an anonymous donor gave another utility jeep to the group. Now a registered charity, they strive to make each cent count. RHIBs are thirsty beasts for fuel and searches involve huge man hours out on the often freezing cold conditions of the water.

Edwin is delighted to tell me that Boston Scientific having adopted them as their preferred charity this year, ‘It’s a fantastic partnership. We travelled down to give them a presentation on what it is that we do and we were blown away by their support. We can’t thank them and people in general enough.’ Like all volunteer ran organisations the unit is always welcoming of donations and they recently ran a target recruitment drive for volunteers.

A Stolen Ringbuoy – A Stolen Life

Christy O’Donovan, is the Search Co-Ordinator for the unit and he recently had to highlight the incredible numbers of ringbuoys which are being recovered by the CCMPSAR. During one week in February this year fifteen ringbuoys, were removed from along the south bank of the river. The unit recovered eleven of these potentially lifesaving devices, which have no other purpose than to save lives. Speaking to the Cork Independent, Christy said: ‘This is getting beyond the realm of ridiculous now. A life ring is a life. If you were caught doing the same thing with a defibrillator, you’d be dragged through the courts for it.’ Mr O’Donovan posted images this March of yet more recovered buoys, stating on their very active social media accounts that: ‘Four more life rings recovered from the river while we were on a routine search today. It’s like an epidemic, idiots throwing them in; every time we go out we seem to find three or four each time.’

The river Lee is sadly not an exception with people interfering with ringbouys all over the country, Galway city had 150 removed in 2018 alone. Irish Water Safety has a long-running campaign warning that lives will be lost to drowning unless irresponsible members of the public stop damaging ringbuoys. They have appealed to the public to assist in maintaining these vitally important lifesaving devices by reporting missing ringbuoys to Irish Water Safety’s website, www.ringbuoys.ie.

This group of committed volunteers are disappointed at acts like this, however, they remain undeterred in their mission, to provide a compassionate and responsive service to anyone in need.

[2] The Global Maritime Distress and Safety System (GMDSS) is an international system which uses improved terrestrial and satellite technology and ship-board radio systems.