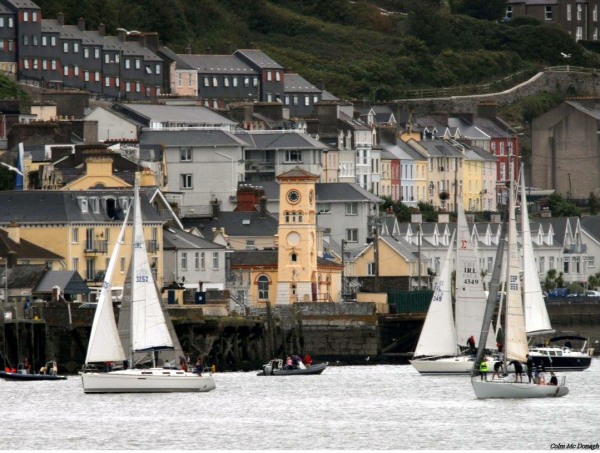 Something in the Water. There must be something in the water that nourishes writers on this Great Island of ours, as it has such an abundance of them. Perhaps, as the Lee flows along, it gathers stories from its many tributaries and courses, tumbling them in its stream as it flows ever onward on its journey to the Atlantic. Or maybe it’s the nature of living on the harbour, where for centuries ships have sailed and sheltered as the flow of commerce from across the nation has funnelled goods and people to its quaysides; then onward to new horizons waiting out past Roches point. Something draws them to come to rest, like so many grains of sand, onto the shores of Cobh. This never-resting, ever-changing harbour has borne witness to the heartache of the emigrant and the excitement of unknown adventures for those drawn to a life on the ocean. Cobh’s every corner is etched with history and the endless search for fresh possibilities seems to stimulate the creativity of the local writers. They wait like Heaney at his desk, ‘Between my finger and my thumb, The squat pen rests. I’ll dig with it.’, and what a range of stories our local writers unearth in their digging. 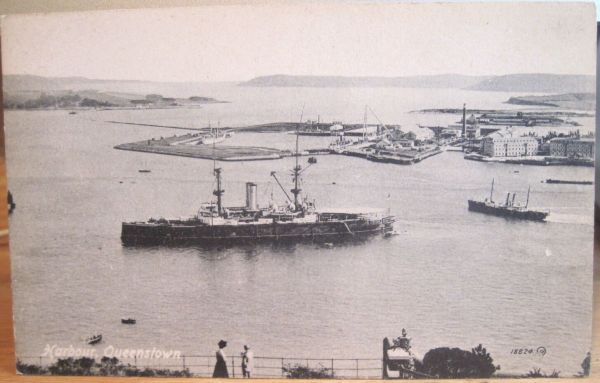 A Changed World. In 1919, the war to end all wars was over. The 19th of January saw the start of peace negotiations in Paris, which would culminate in the signing of the Treaty of Versailles in June. This momentous year saw the drafting of the covenant of the League of Nations, the surrender and scuttling of the German high seas fleet in Scapa Flow. It also on the 21st of January saw the first Dáil sit in the Mansion House in Dublin, where they declared Irish Independence in fulfilment of the goals of the grand heroic failure of the 1916 Easter Rising. Also on that fateful day in Soloheadbeg, volunteers of the 3rd Tipperary Brigade under the command of Seán Treacy and Dan Breen, ambushed and shot two constables of the Royal Irish Constabulary. The first two dead men of an estimated 1,400 deaths between 1919 and 1921. While most of the fighting occurred on land across Ireland, the sea had a major role to play in both the Rising and the War of Independence. Lonely Edge of Europe. Ireland holds a geostrategic maritime position on the lonely edge of Europe, facing out into the North Atlantic where the European and North American sea lanes veritably bustle with all manner of shipping. At the turn of the century, Ireland's seas and maritime domain where under the firm control of the British Empire and the might of the Royal Navy. The ports and deep sheltered harbours of Cork, Berehaven and Lough Swilly, protected by massive forts and coastal artillery batteries, had played their part in centuries of British domination of the high seas and from these ports where shipped troops to fight in Britain's many wars. Many a period of rebelliousness across Ireland was subdued by forces shipped from these Naval installations, helping to underpin the British presence in Ireland as the dark clouds of war gathered on the European horizon. Those clouds burst in August 1914.