Rebuilding Somalia – “The sea is our future” This article will also feature in the upcoming edition of Emergency Service Ireland magazine.The horn of Africa for decades has been a much-troubled location. Recently Paul O’Brien MA delivered an overview of the conflict in this publication and in this follow-up article, I will focus on the efforts underway to rebuild the country.A lasting peace will be built not only by the absence of conflict but by resetting the foundations of the state; this must bring together many different interconnected parts to provide a place where a functioning government can use its natural resources for the benefit of all its citizens.One of the greatest resources open to Somalia is the sea. They have the longest coastline on mainland Africa and in the middle East, at 3,025km. The waters off Somalia have become synonymous with piracy and lawlessness, yet this will be one of the key areas where economic activity is brought back to the impoverished country, which is balanced on a knife edge with regards to its own security and stability. 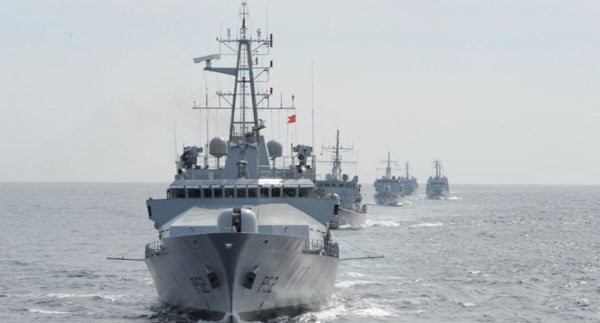 Lá breithe shona duit, tSeirbhís Chabhlaigh. On the 1st of September, the Naval Service will slip into its seventy-fourth year and go about its duties with the same quiet professionalism that it has always had and hopefully always will. The crews of the modern navy who have acquitted themselves so well off the coast of Libya are following in the footsteps of those who laid the foundations of the Service in September 1946.The Naval Service is the principal sea going agency of the State and performs a whole host of duties for the government and other stakeholders. Fisheries protection in Irelands Exclusive Economic Zone, narcotics & arms interdiction, search & rescue; these are only some of the tasks which they can be called upon to perform at any time during Maritime Defence and Security Patrols.In projecting the law of the State beyond the horizon, they defend Irelands interests with their presence and as self-contained mobile units they are capable of undertaking tasks which no other state agency can perform.