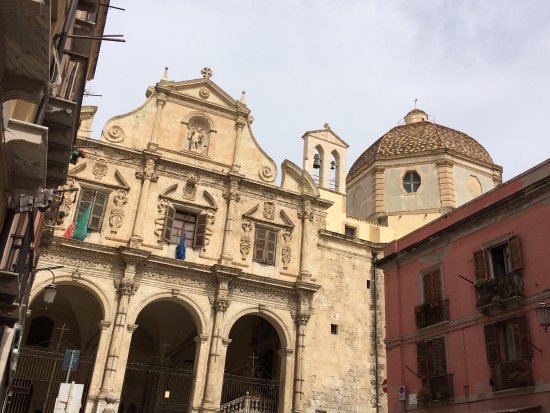 Peters Fish Red, golden, green, the scales of Peters fish,stretched and nailed to the curve of the dome,held up by pious prayers, feverish pleas and hope of the wounded,the hospital arches of yellowed stone, barred with wrought iron,twisted and anchored deep into faith,by head and feet, anointed shells of men, bent battered forms. 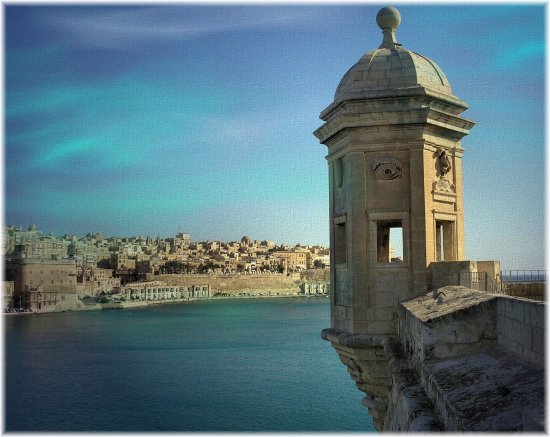 The Tower of Il-Gardjola We hear it all,the endless message,carved high into the battlements,conform and heed our call. We see it all,the lidless eye is never sleeping,stays dry mid widows weeping,for the husbands who lay bleeding. 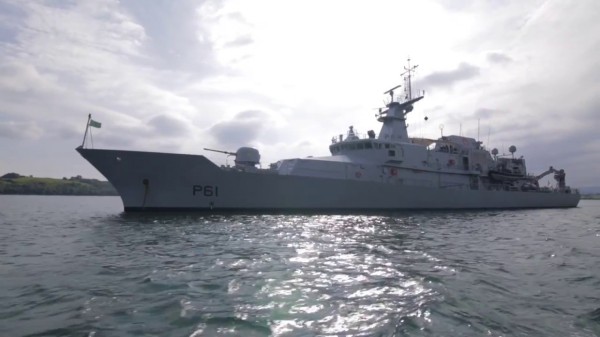 Muscle and Blood LÉ SAMUEL BECKETT is a fine ship. She represents the first of her class and already in her four short years of service she has travelled far and wide, and she has been involved in several substantial and difficult operations. Yet despite all her exceptional engineering, her advanced technology and her substantial firepower; she is but an inanimate collection of steel plates, electronic cables, and marine fuel oils; rendered redundant in all her marvellous sophistication without a crew.A crew of sailors is needed to provide the ship with its muscle and blood; without them, this wondrous craft won’t ever weigh anchor or slip from a quayside. The metaphorical ink is still wet on this page, as the first responses to the swell rolling into Cork Harbour are felt onboard LÉ SAMUEL BECKETT as she proceeds past the twin forts of Meagher and Davis, towards Roches Point and the Atlantic beyond. This is home for her crew of forty-six, during this next Maritime Defence and Security Operations (MDSO) patrol. She will provide everything they need to sustain themselves during operations off the Irish coast and they in their turn will tend to their ship, while carrying out the duties assigned by Naval Operations Command (NOC). 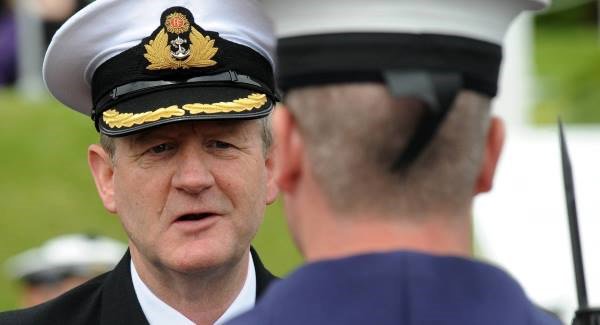 Changing of the Watch. In the days of sail, the ships bell would ring out the passing of time and signal to the crew that it was time for the change of the watch. That bell has pealed on Haulbowline and Commodore Hugh Tully, Flag Officer Commanding the Naval Service (FOCNS) has handed over his watch to the newly promoted Commodore Michael Malone, with effect from the 26th of December last.And what a watch it has been, Commodore Tully has given 42 years of exemplary service to the Irish nation. His career spanned some of the most challenging periods of the Navy. Joining the service in 1975 in a class of three cadets, these future Naval Officers were dispatched to Dartmouth in the United Kingdom (UK). They returned from the UK and were sent to sea on LÉ DEIRDRE, which at the time was the only Offshore Patrol Vessel (OPV) in service, commissioned in 1973, she joined the three venerable minesweepers GRÁINNE, FOLA, BANBA which comprised the entirety of Irelands Naval assets. When he qualified as a Naval watchkeeper, he joined LÉ FOLA as the Navigation and Gunnery officer combined. Rotating ashore he spent some time on Spike Island with the Cadet College, where he was, in fact, the cadet class officer for Commodore Malone. 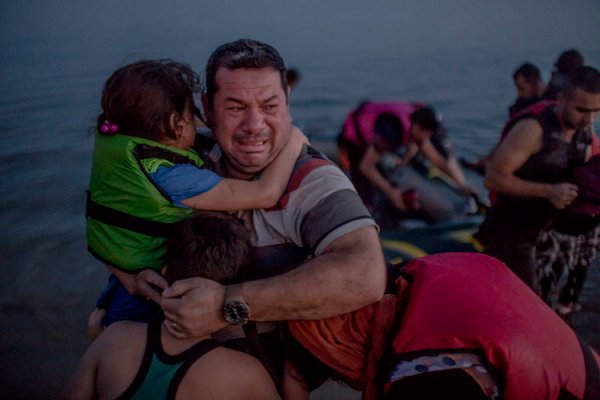 Empty. If only the innocent could be kept afloat by faith,until the rescuers come walking on the waves,to carry the children to the cradle of their mother,not let them tumble in the surf,greeting the morning with their backs,silent and stiff, the red shirt on the tiny frame. 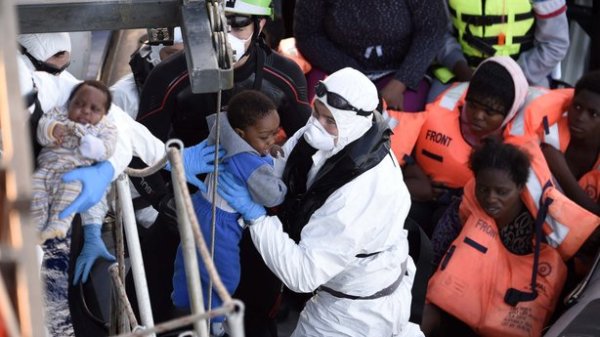 Mothers of  Many Nations. Mothers are mothers, white, brown, yellow, black.no divide amongst the races by colour, creed or social status,each mother cradles two generations inside her during gestation,endless cord to the dawn of time,when your mother's mother was also mine. The abuse and danger a mother will endure,as she sets out unsure - to fleefetching up on a Libyan shore,with the precious child, her world. 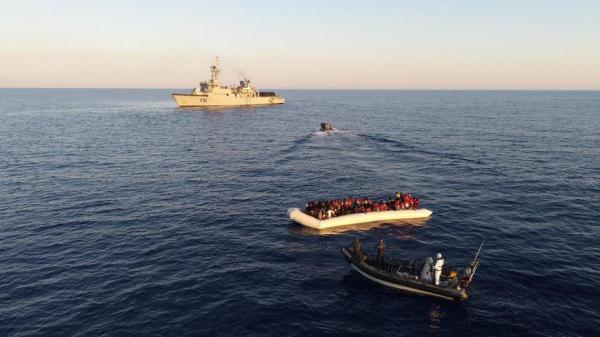 Shelter. There's a sheltered spot on the Starboard quarter,where I stand with no other,gazing out across the sea,I watch the melting colours of the sky,like a fire burning away the barrier,between this world and the next,I can't often be still of late,lingering in such beauty undeservedly,which stirred youth before life gave way to adult pursuits. 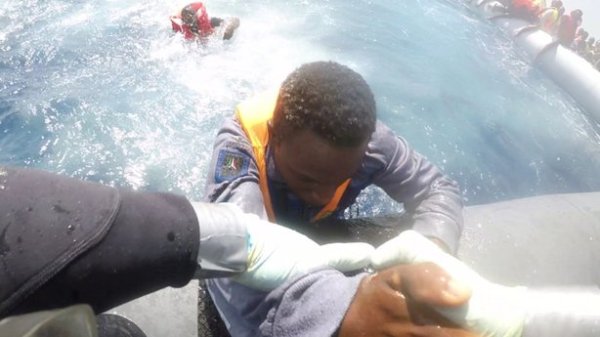 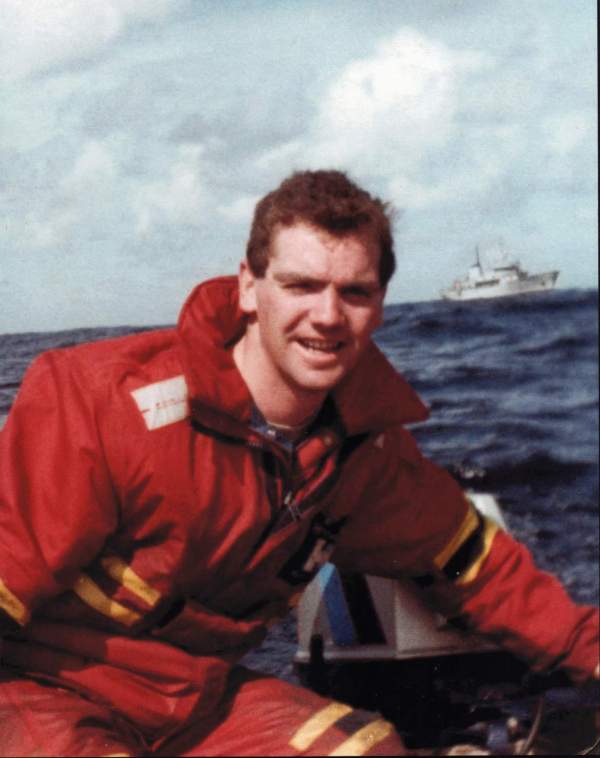 Nuestra Senora de Gardtoza, January 30th 1990. The Aer Corps have a motto 'Go Mairidis Beo' its accepted translation is 'So others may live' which echos the US Air Force Pararescue motto. It stands as a statement of commitment from the people who will place the lives of others above their own.It also is very apt to apply it to Irish sailors, who in all weathers will put to sea in small RHIBs, against the fury of the ocean and into the face of the storm to save their fellow mariners who are in peril on the sea.On the night of the 30th of January 1990 the LÉ DEIRDRE was at anchor in Lawrence's Cove in the shelter of Bere Island from severe gale force winds. A terrible drama was unfolding close by, the Spanish fishing vessel, Nuestra Senora de Gardtoza, (Our Lady of Gardtoza) had run aground on rocks near Roancarrigmore Light, North East of Bere Island in Bantry Bay. She was taking water and she had 16 souls onboard.LÉ DEIRDRE received the 'MAYDAY' at 2100hrs and as quickly as she could, the crew weighed anchor and headed out of shelter into the severe gale towards the distressed vessel. 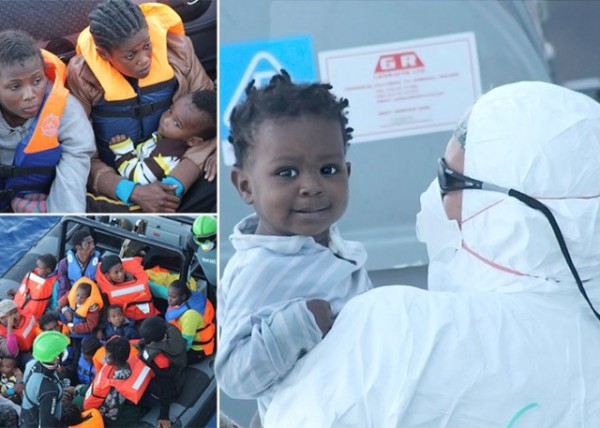 The Middle Sea. If you drew back the ocean waves,the graveyard of the middle sea would be seen,strewn with the bodies of the poor,from a hundred nations, they lie scattered by the thousands,on the seabed, blanketed in the forever dark. The ocean has no memory or mercy,the sand will not a headstone make,there will be no names carved in Tripoli or Valetta for these nameless bones,locked or trapped inside decrepit hulks,they tried to cross the waters with pitiless men. 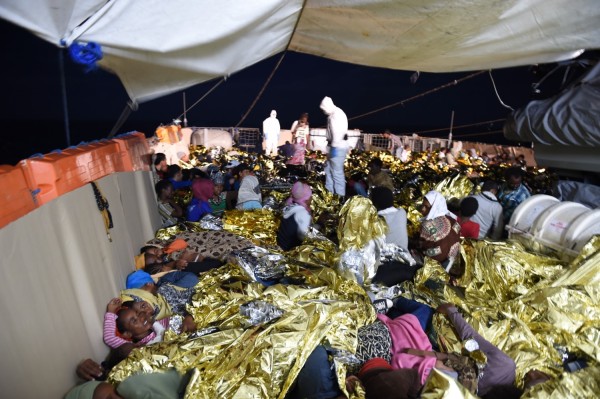